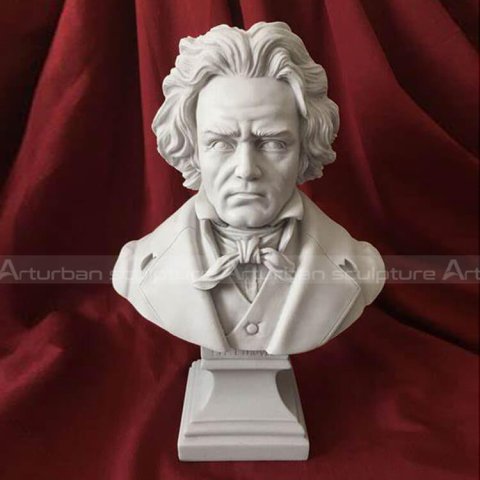 Item No: MFBC-009
Size: life size or custom as your requirement
Material: Hunan white marble
Technology: 100% hand carving
Producing Time: About 20-35 days after receiving your order
Design: we can produce all kinds of high quality art sculptures with right material according to your drawing or pictures.
Package: Strong wooden crate with waterproof and shockproof foam inside 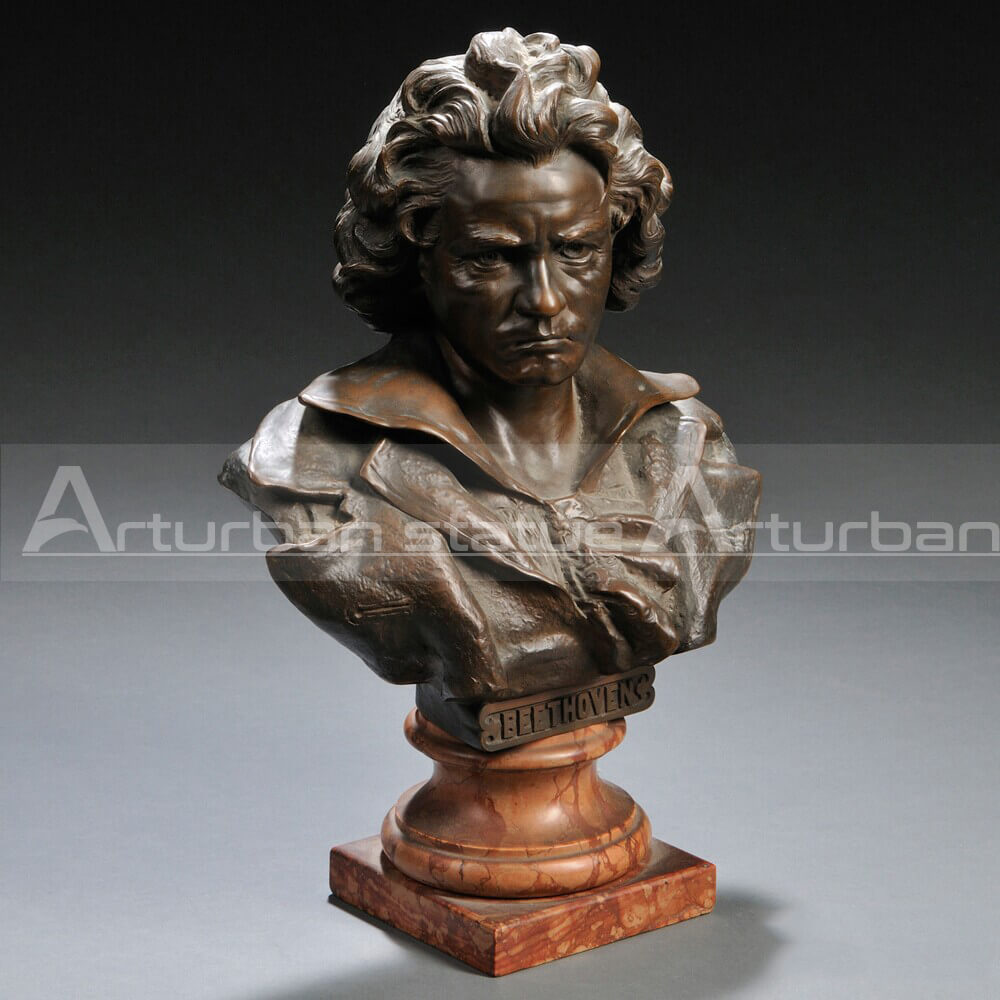 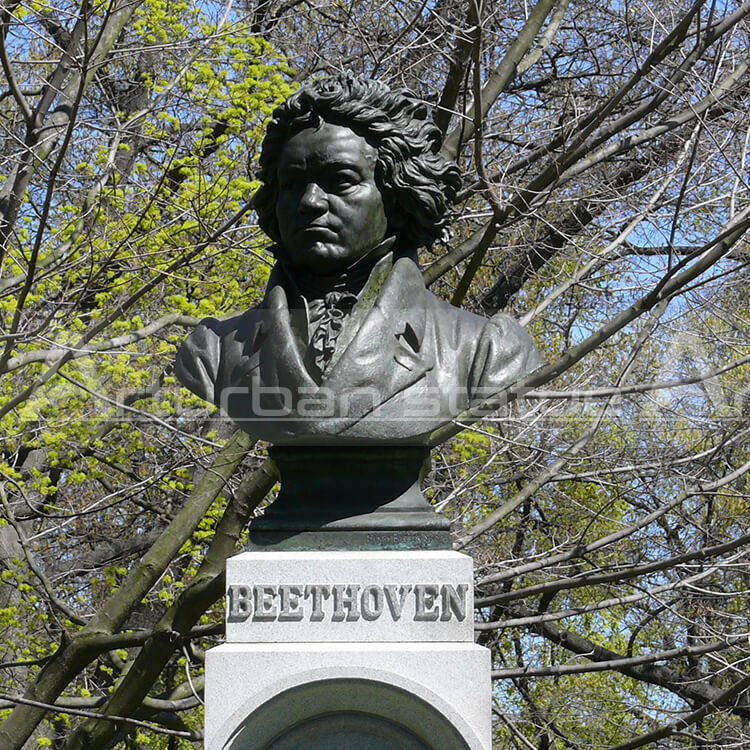 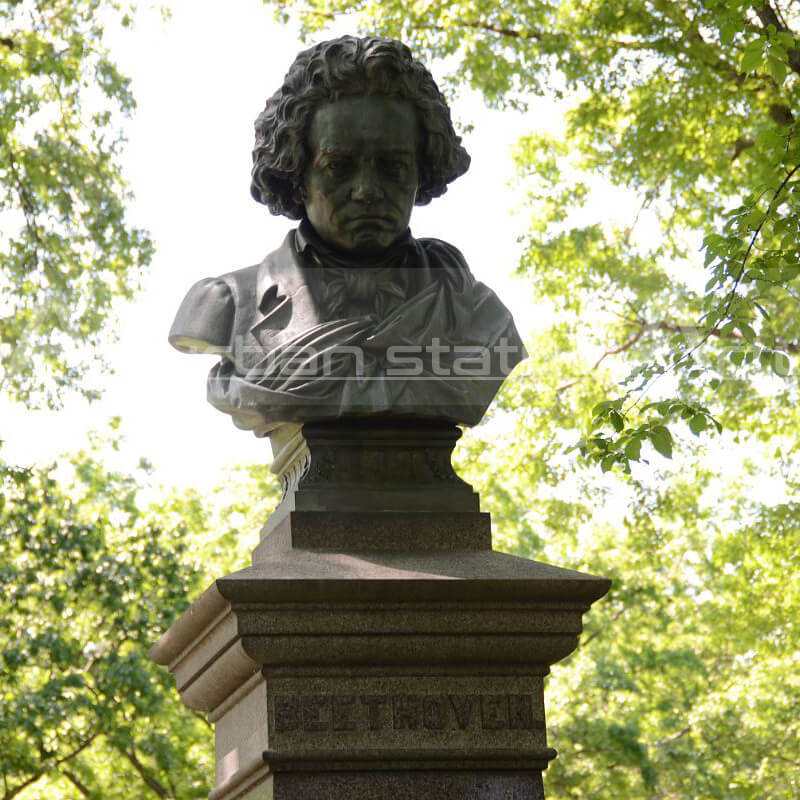 Beethoven bust statue is very classic. Probably no composer in the world can stand out like Beethoven (1770-1827). Even those who do not love classical music know him. While he was alive, there were many admirers who regarded him as a crazy genius and hero. His symphonies, Sonatas and Quartets were performed in concert halls and broadcast on the radio more frequently than any classical composer. These works are both gentle and powerful. Sometimes they are carefully controlled, and sometimes they burst out the passion of music. Although Beethoven is a student of Haydn and an admirer of Mozart, his willingness to publicize his personality has raised music to a new level. There is no doubt that he is the initiator of romantic music.

This Beethoven head statue vividly shows the image of Beethoven. It allows us to always remember its historical deeds and achievements. We used high-quality marble materials for it. His disheveled hair, tight lips, slightly tufted eyebrows, slightly drooping eyelids, and even his not so beautiful big nose fully showed the composer’s great enthusiasm and power to explode. In sculpture, we pay attention to the depiction of characters, the appearance and emothion of characters. We also support the carving of heads of various characters. It is not only a historical mark, but also a milestone in the continuous progress of our human beings. You can tell us the characters you need to carve and the decoration position so that we can better serve you 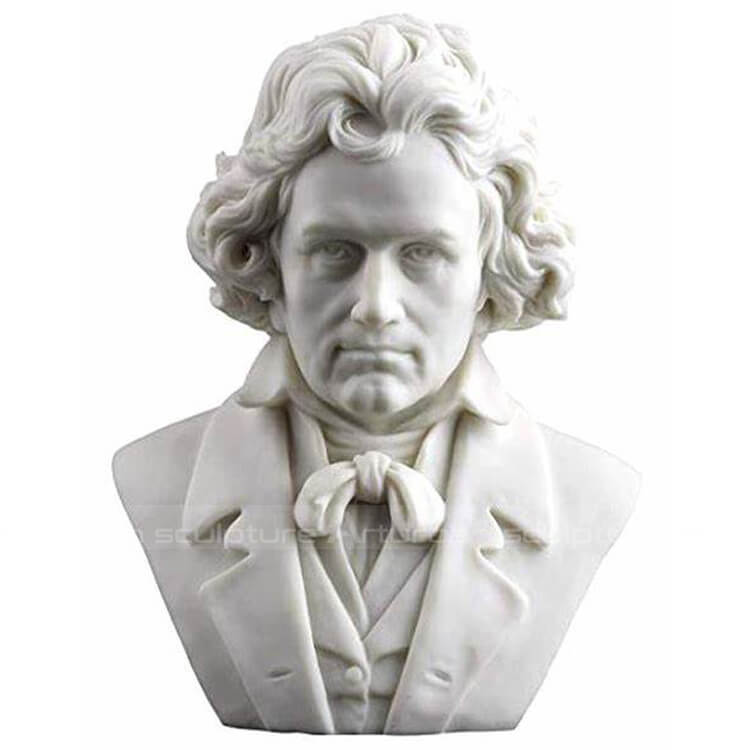 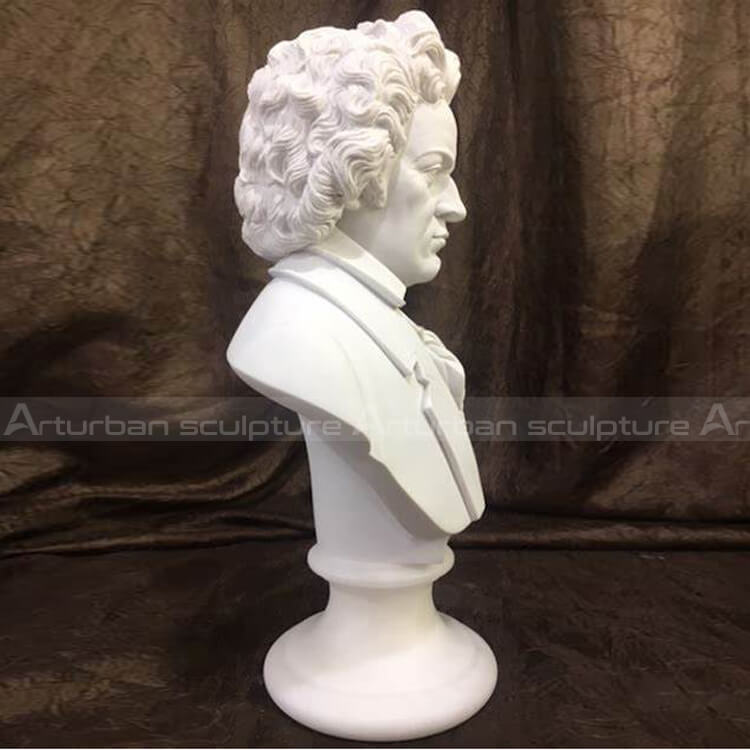 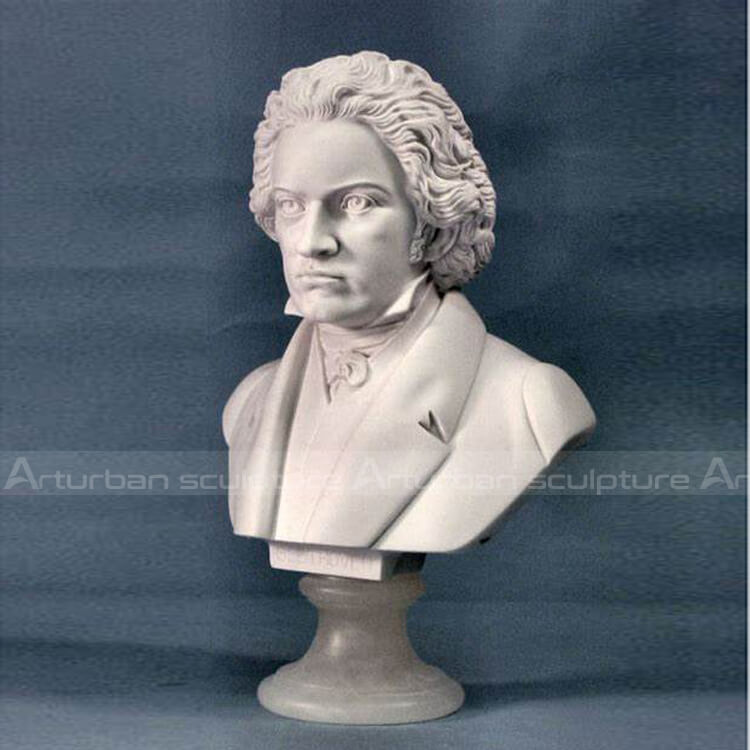 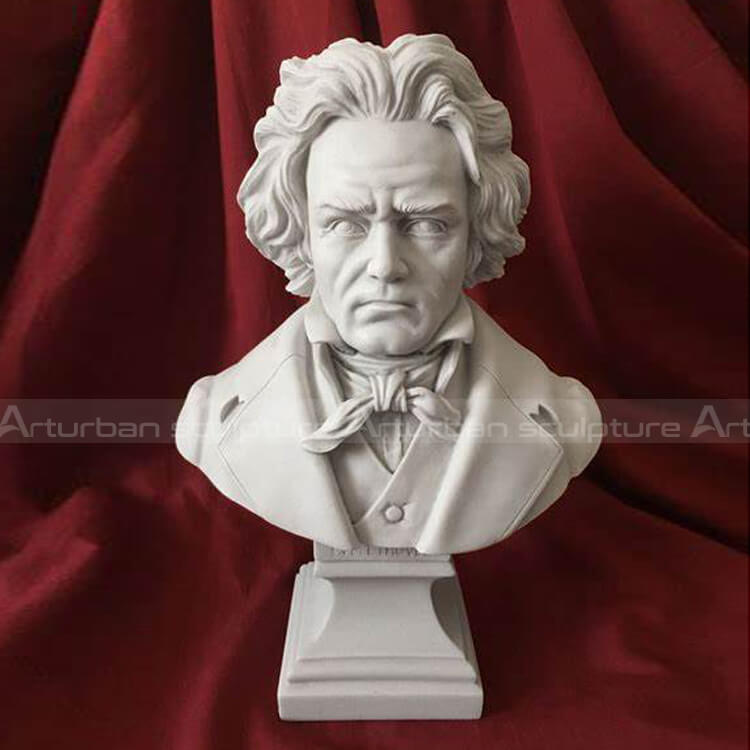