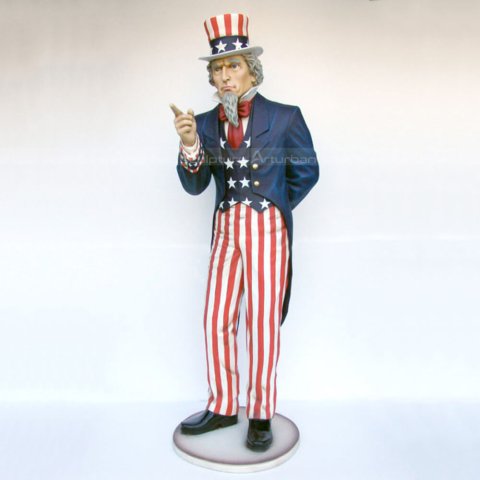 uncle sam garden statue is life size. An American cartoonist specially painted a picture of “Uncle Sam” as a tall, thin old man with white hair, a goatee, a star striped hat, a red, white and Blue Tuxedo and striped trousers (the pattern of the American Star Spangled Banner). The image of Uncle Sam has gradually been accepted by many Americans. In 1961, the US Congress formally passed a resolution confirming “Uncle Sam” as the symbol of the United States. Later, the image of Uncle Sam appeared in the comics. He was depicted as an old man with super power and super speed, and became a superhero in American comics. 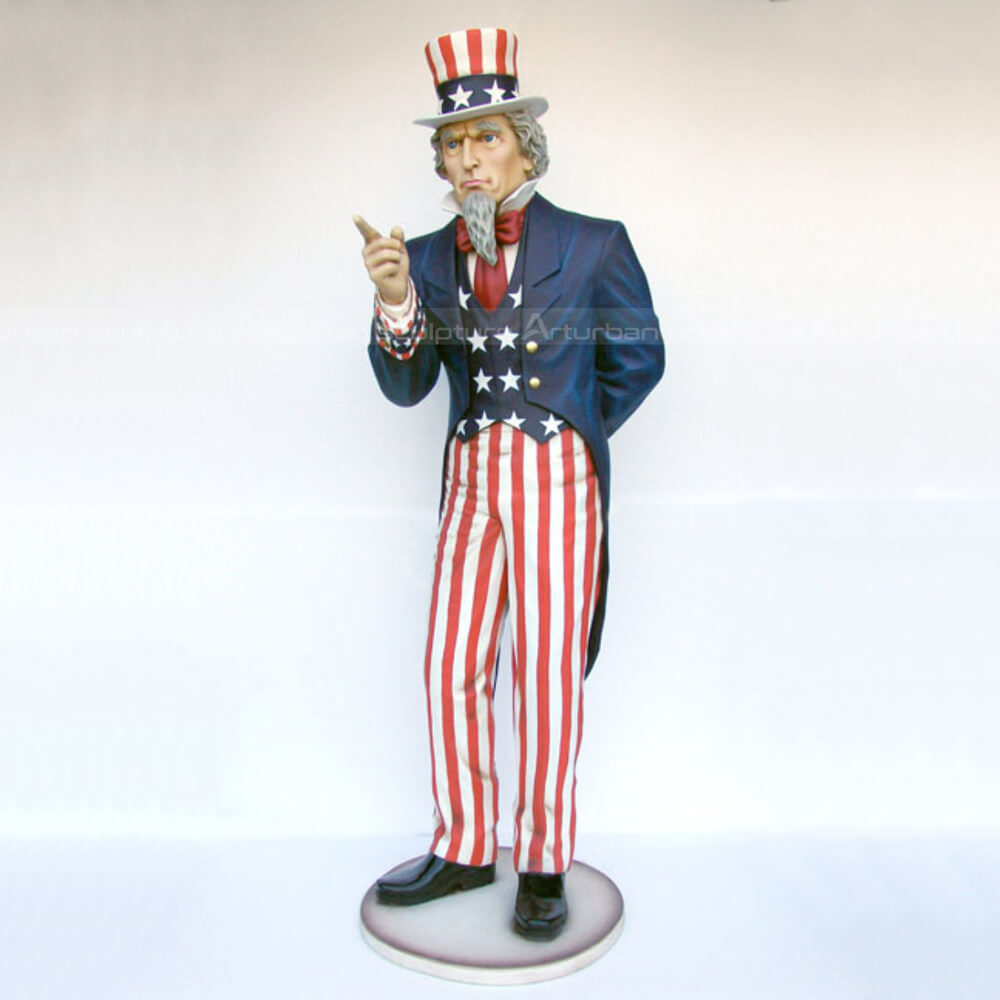