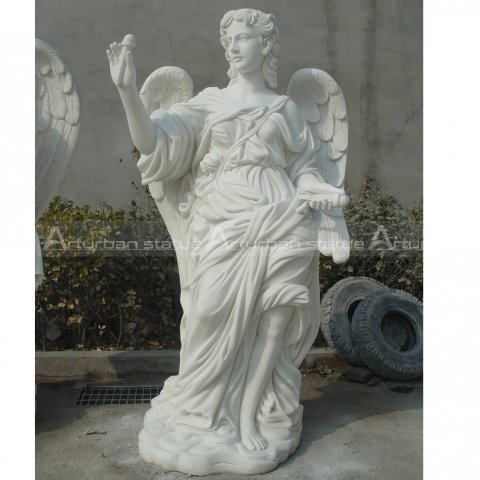 Item No: BTS-028
Size: life size or custom as your requirement
Material: Hunan white marble
Technology: 100% hand carving
Producing Time: About 20-35 days after receiving your order
Design: we can produce all kinds of high quality art sculptures with right material according to your drawing or pictures.
Package: Strong wooden crate with waterproof and shockproof foam inside 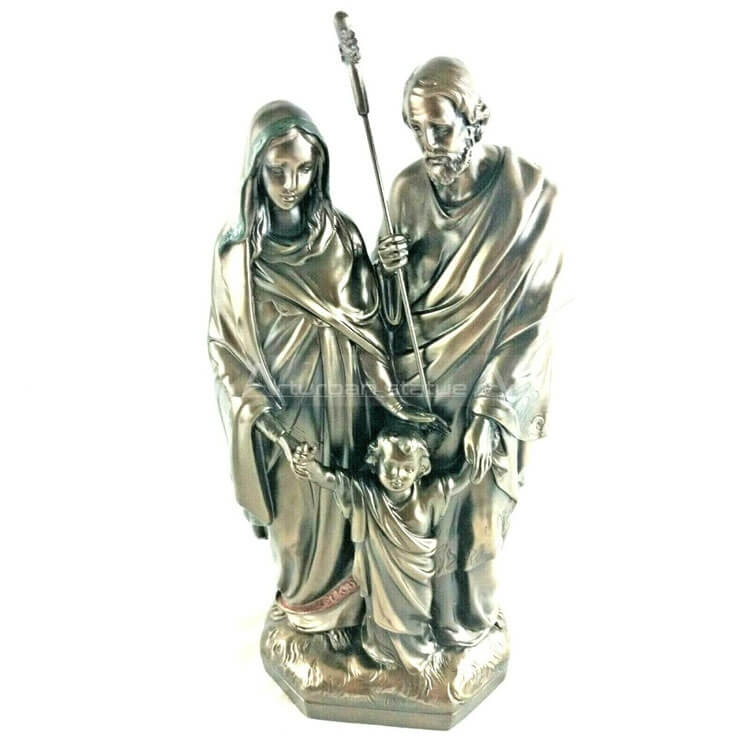 Religious Angel Statue is angel and holy nails. one of the objects in the hands of angels related to the crucifixion of Jesus. It is said holy nails are the three branches or four nails that nailed Jesus to the cross.  Three nails were used in history, and it is controversial that four nails were used. It is said that the iron crown was made by melting one of the nails with other iron juice. It is an authoritative keepsake of emperors in a certain region of Europe, For example, Napoleon once wore it for the throne ceremony. Another nail was thrown into the choppy sea in order to calm the tsunami, and the sea was immediately calm.

Our marble sculpture is our angel with three holy nails in his hand. He holds two in his left hand and one in his right hand to show the suffering of Jesus. We also have other sculptures of angels and the crucifixion of Jesus such as Life Size Angel Statue. If you are a devout believer and you are looking for angel sculptures, you can contact us and we will make vivid Angel sculptures for you. 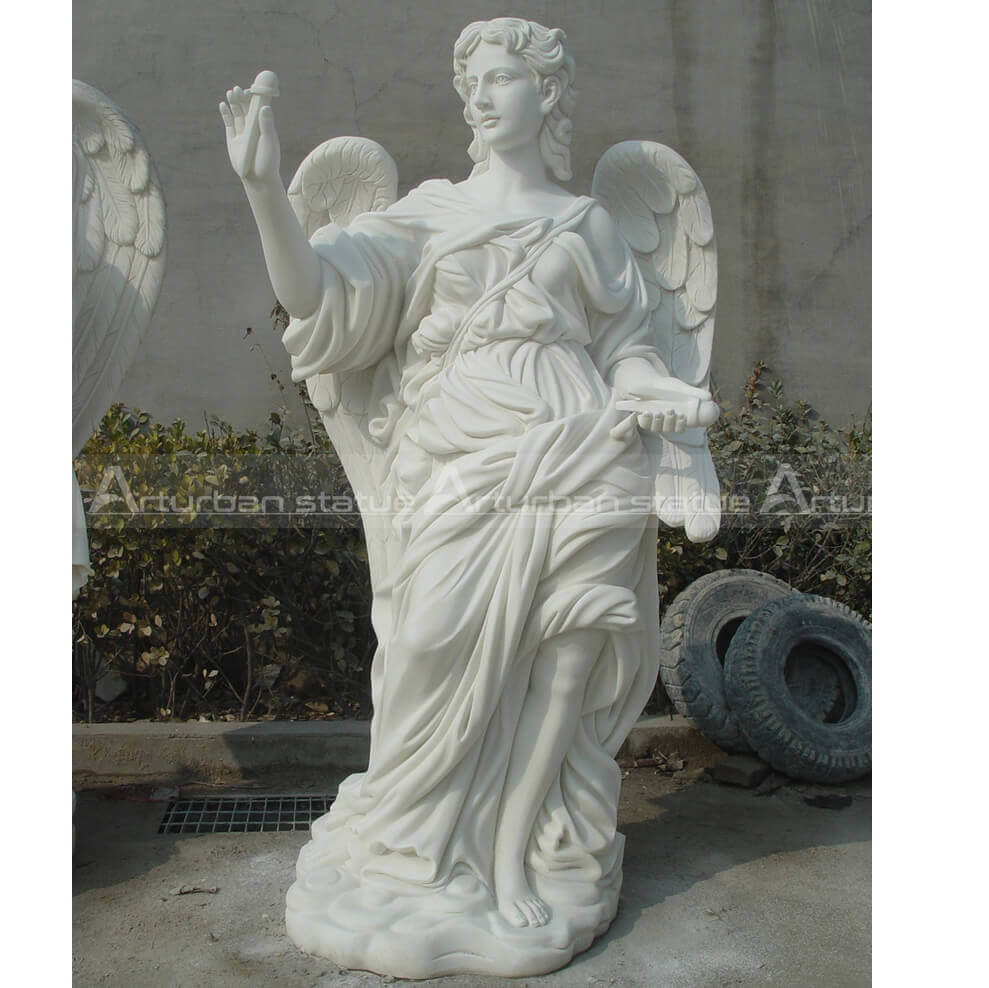