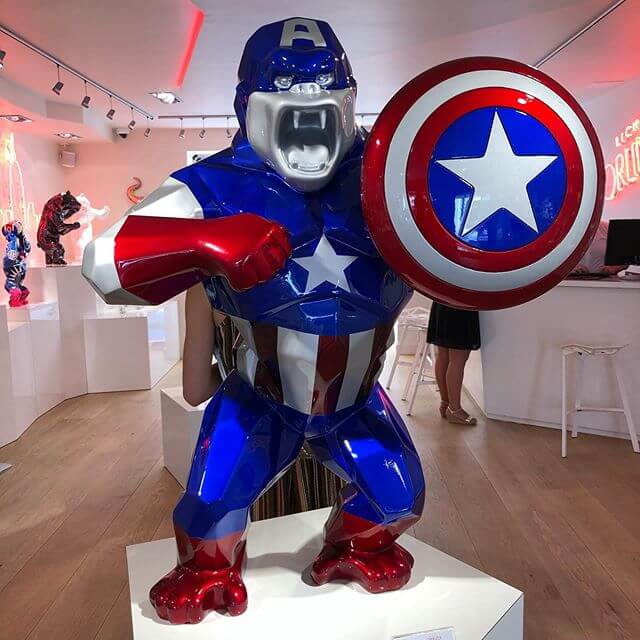 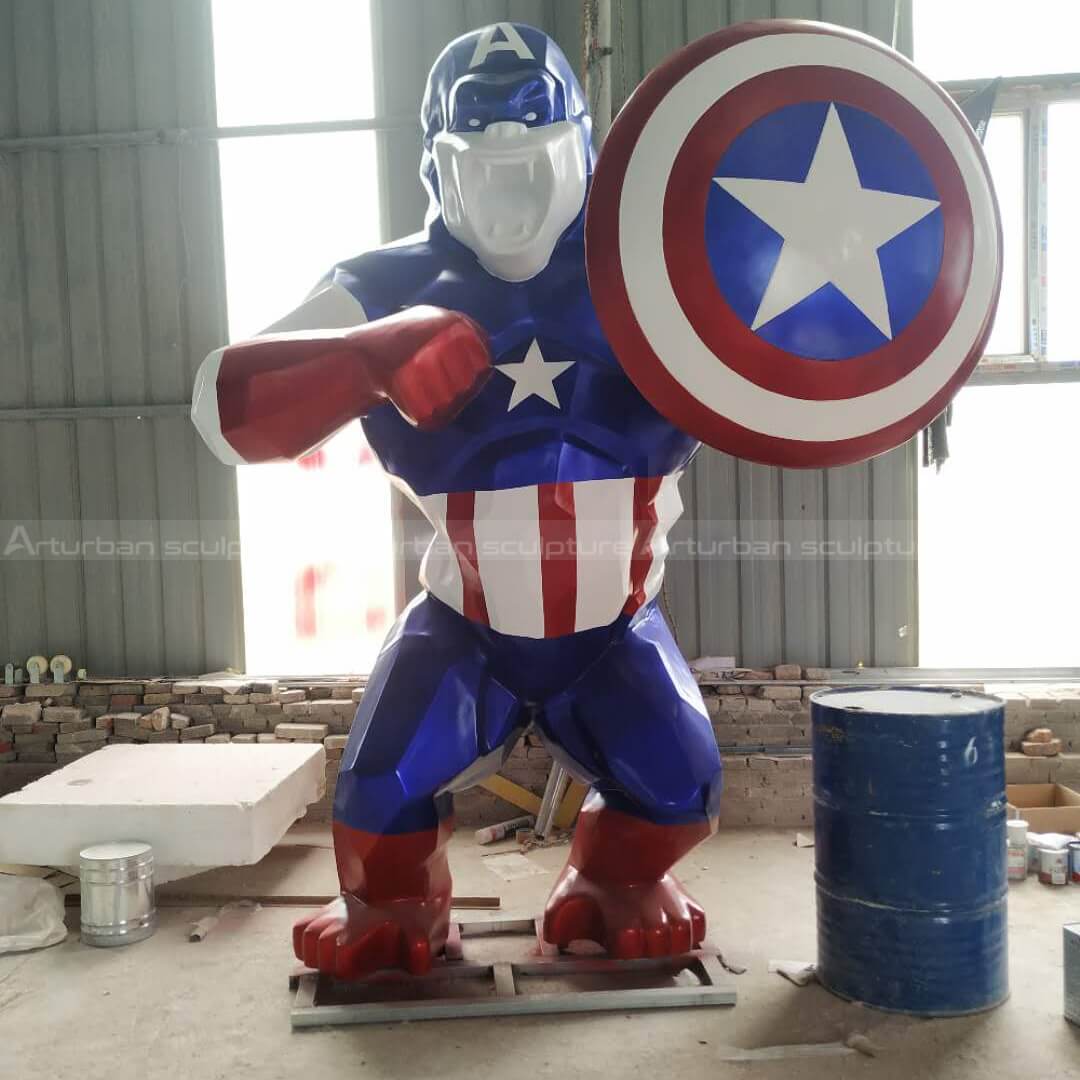 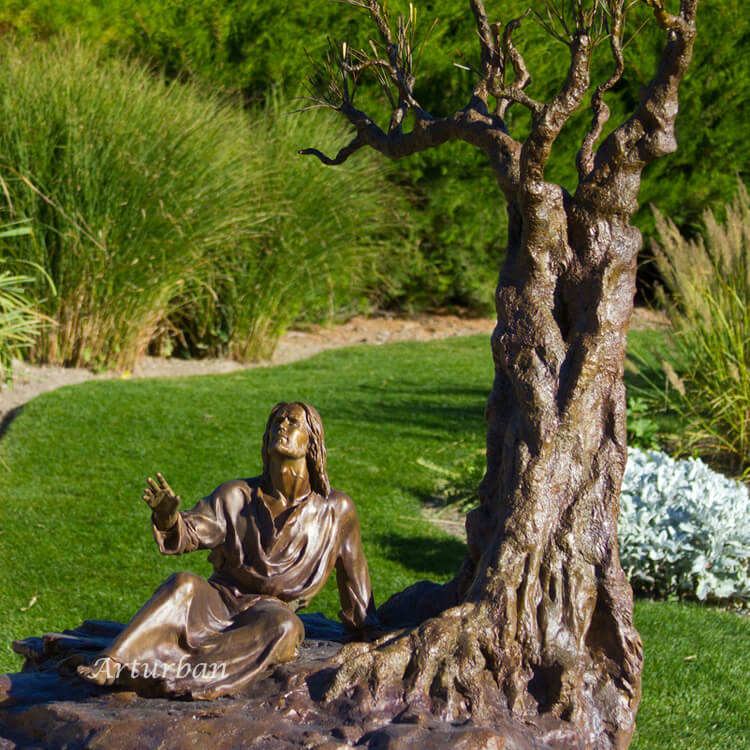 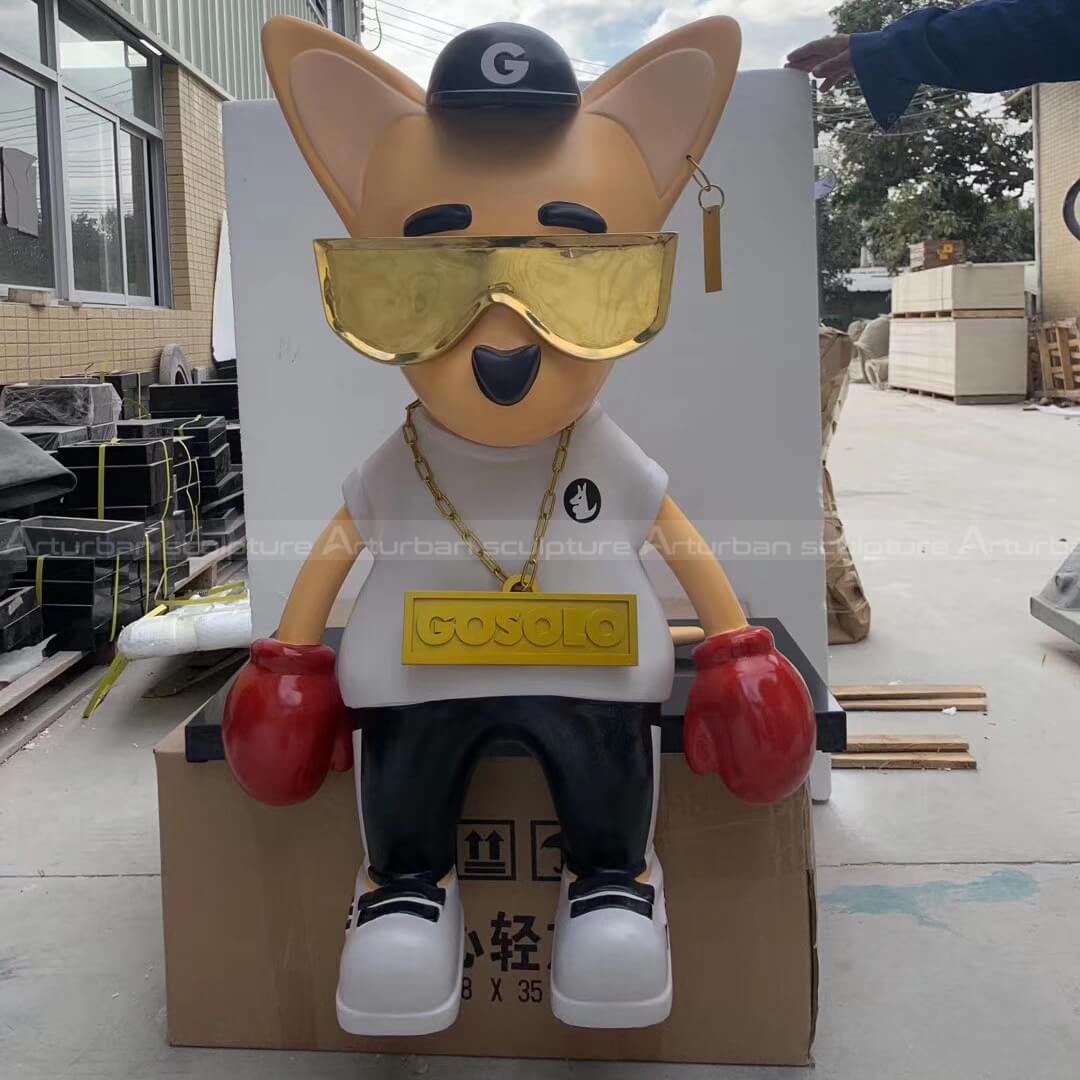 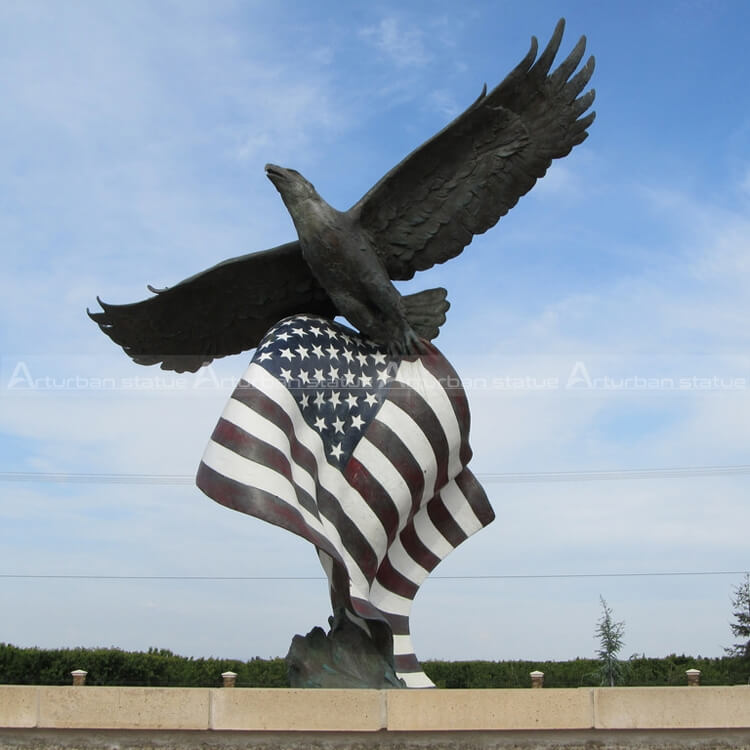 Captain america sculpture is very famous. His real name is Stephen Rogers, a fictional image appearing in Marvel comics, was created by Joe Simon and Jack Created by Kobe Bryant. Captain America is often regarded as a symbol of the American spirit. At first, it was only used as a symbol and publicity for the United States to enhance its national image. Originally, he was a thin young man. After being transformed by the U.S. government, he became a “super soldier” with far more physical strength than ordinary people. He was also given a shield made of Zhenjin, one of the hardest metals in the world by the U.S. government, And led the invaders in World War II. In 1964, he formed the hero alliance avenger of Marvel comics, and then appeared in many films. His image was well known and became a well-known hero.

This sculpture of Captain America is a marvel image customized by Marvel fans. According to the needs of customers, he wears a blue hat with a big “a” on it, which represents his status. The uniform is red, white and blue with bright stars; A shield of the same color is his weapon. Captain America is not a born hero, nor is he immortal. He is just stronger, braver and wiser than ordinary people. The American captain sculpture we made is very vivid. It vividly shows the appearance and heroic spirit of the characters. We have rich sculpture experience in sculpture and can customize different Marvel characters for you. You can contact us at any time for more details. 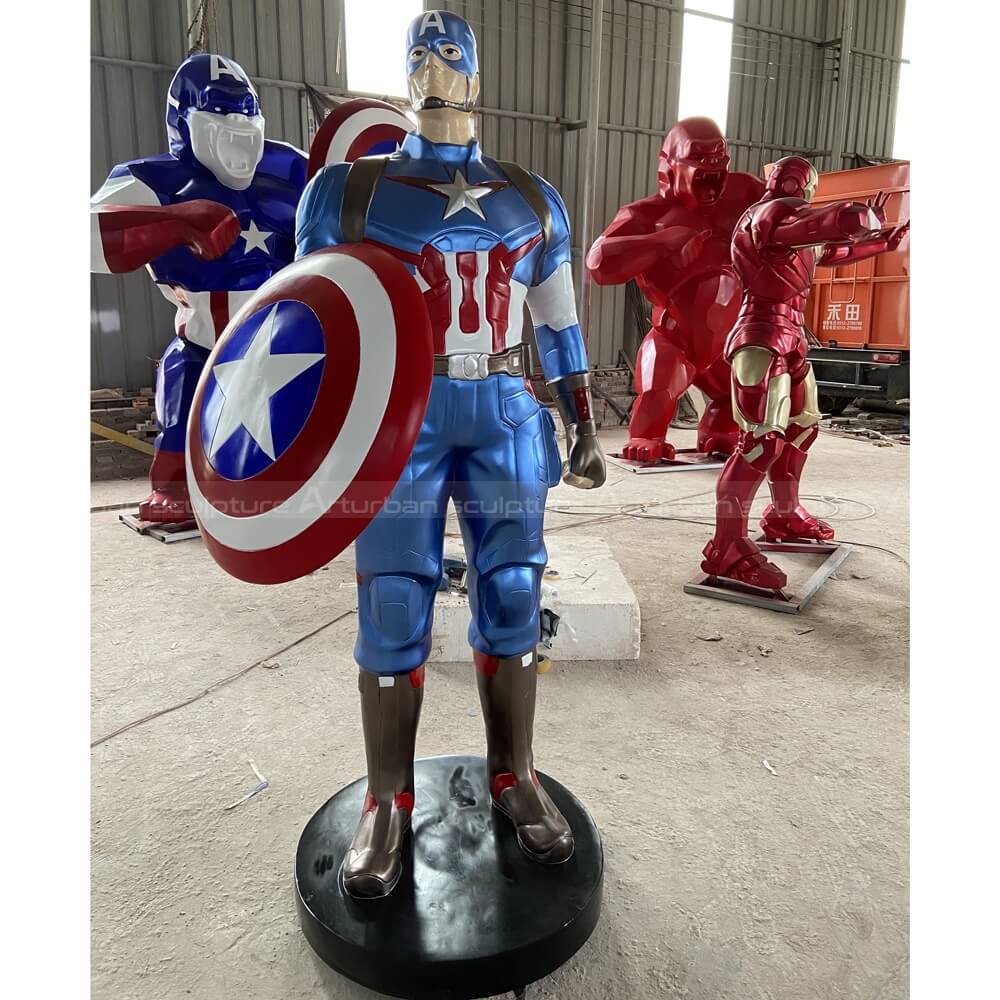 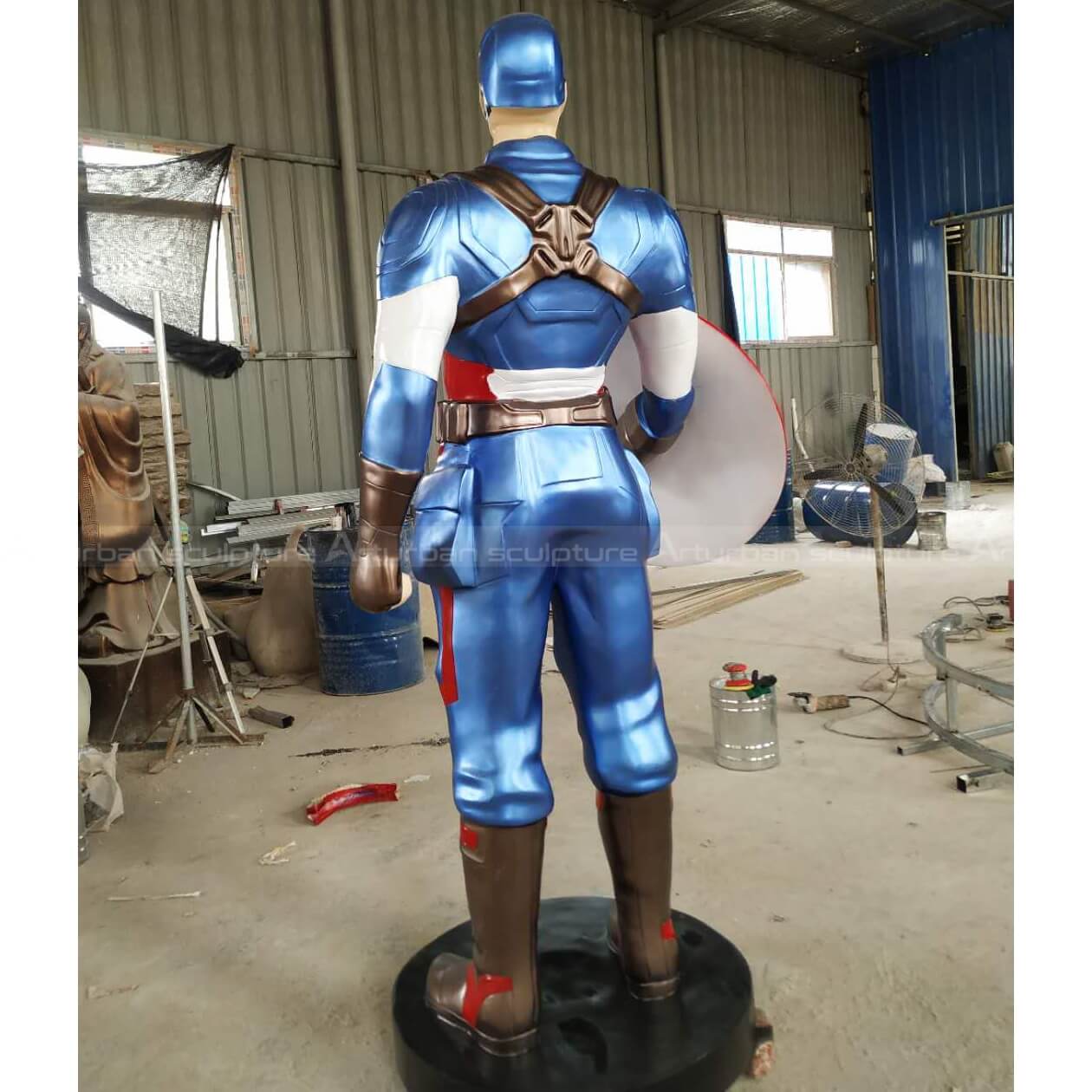 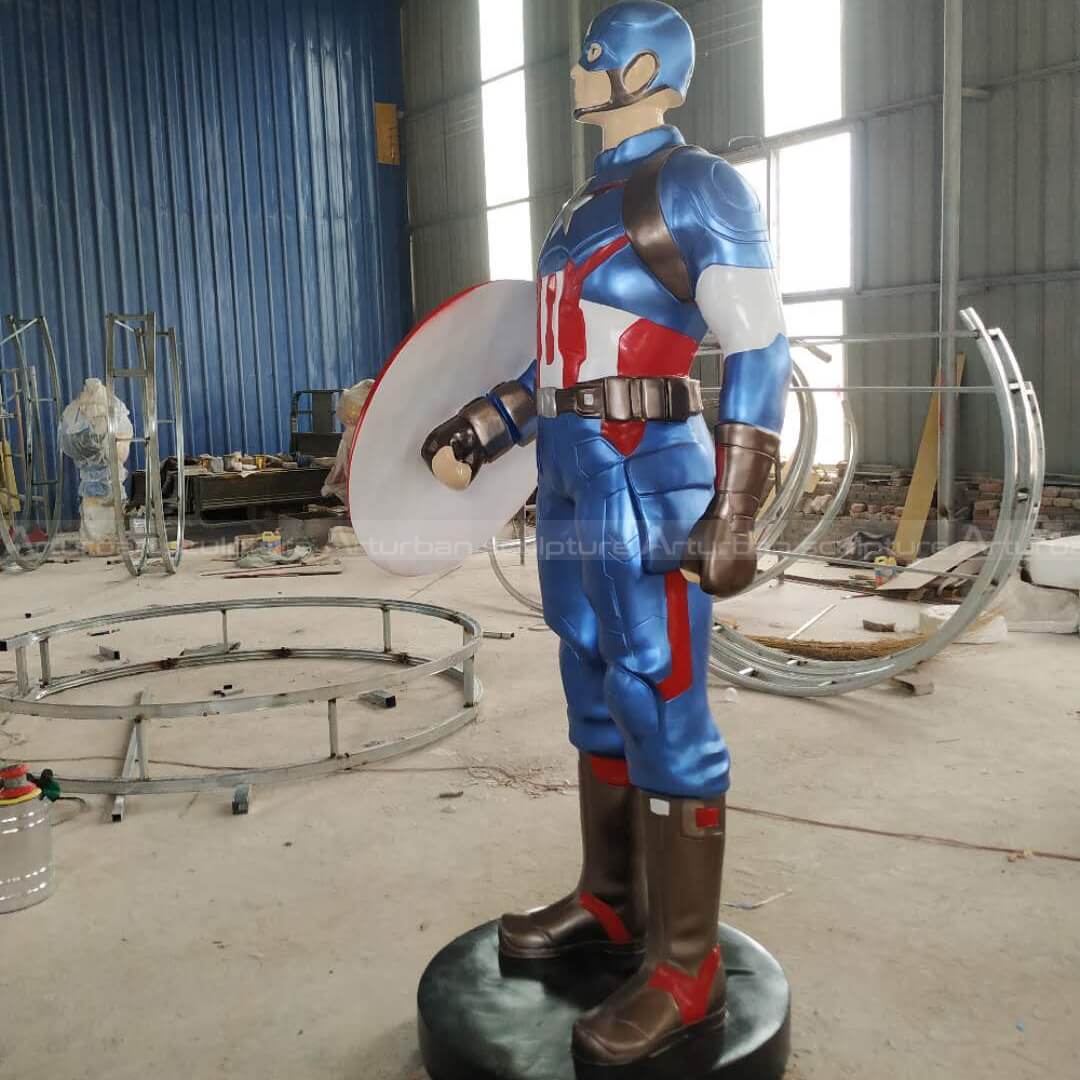